“We have met the enemy and he is us.”
– Pogo (a comic strip character created by Walt Kelly)

A principal enemy of business innovation is cultural norms, or – as Professor Josep Valor-Sabatier of the IESE Business School of Navarra, Spain, describes it – the “dominant logic” of a company. Dominant logic can stifle openness and receptivity to new ideas, practices and business models. Innovative organizations, like Italy’s Indesit Company, recognize this barrier and find ways to overcome it – creating new value for customers with astonishingly fast, measurable results.

To have the insights necessary to create value for customers, a company must identify the established beliefs within the business that unconsciously constrain creative thinking. These beliefs can be ingrained at various levels.

At the industry level, thought leaders introduce beliefs that create an industry culture, or a set of firmly held business norms that become conventional wisdom. At the same time, individual companies have prevailing ideologies and principles to which they adhere without often challenging them. The most successful industries and enterprises are especially susceptible to established beliefs that become dogmas. Here are just a few compelling examples:

“I believe there is a market for about five computers.”
– Tom Watson, general manager of IBM, 1943

“Who the hell wants to listen to an actor talking?”
– Harry Warner, Warner Brothers, regarding silent movies, 1927

“People will soon get bored of spending their evenings staring at a wooden box.”
– Darryl Zanuck, president of 20th Century Fox, speaking about television

Innovation is stifled when established beliefs tip over into arrogance that blinds a company to new opportunities. So, to create the right environment for innovation, an organization must start by challenging the dogmas about value.

To be able to imagine future, innovative ways of creating, capturing and delivering value, a company first needs to understand today’s assumptions.

Indesit’s introduction of its Graffiti line of refrigerators is an excellent example of how an organization can overcome deeply ingrained assumptions in order to be innovative.

The Indesit Company was created in 1975 from the Household Appliances Division of Merloni Industries, a company founded in 1930 by Aristide Merloni. Indesit is the youngest multinational in the home appliances business. However, in 20 years the company has grown to €2 billion in revenues and has achieved the second largest market share. The company’s ability to identify opportunities and capitalize on them quickly is one reason for its success year after year..

Team members knew that at the end of two days they would be expected to present at least two ground-breaking concepts. Specifically, they had to be prepared to present what made each idea unique, what consumer segment the idea was aimed at and how the product would be produced and sold.

Having recognized that the first step in overcoming the barriers to innovation is to know what the organization’s cultural norms are, the workshop participants identified the following dogmas about the products and innovation at Indesit:

The working group explored possibilities together that broke the mold of their way of viewing “white goods” and hit on the idea of a refrigerator with a white-board writing surface. To get to that innovative idea, the group’s thinking unfolded like this:

The idea of Graffiti was born despite the fact that (or because) it runs counter to all three established beliefs. It is not pristine, it appeals directly to children and it uses existing technology and product platforms.

When the idea was presented to the CEO, he approved it in five minutes. In three months, the new product was on the market. It normally takes nine months for a new product to go from the idea to first shipment. Within months of Graffiti’s conception in late 2004, Indesit had already sold 75,000 units – an excellent start.

Diffusion of an Innovation

What determines whether a good idea, once identified, takes off or not? In his work on innovation, researcher and author Everett M. Rogers (Diffusion of Innovations, The Free Press, 1995) points to the following:

Looked at with these aspects in mind, it is easy to understand why Graffiti is a success. Its relative advantage is that users can write and rewrite directly on the refrigerator surface without looking for bits of paper, pencils and magnets. And what could be simpler to use? Graffiti also is compatible with the values of the first-owner target audience, people in their early 20s, the hip-hop graffiti generation. The line fits their self-image of the rebel who pushes the limits.

Also, Indesit promotes the new line brilliantly – with graffiti contests that encourage prospective buyers to experiment with the product, and by placing it in unusual locations, such as shops and exercise studios, where the target audience can readily observe its application.

A Replicable Approach for Innovation

Mothing breeds innovation like success. Graffiti is now a code word at Indesit for the need to be more innovative. The approach that Indesit is replicating is one that alternates creative phases with analytical steps.

The process starts with identifying the business need for innovation. In the case of Graffiti, Indesit identified its need to strengthen the company’s position in the first-time owner segment of the market. From that point, the cross-functional team followed a process that typically unfolds as depicted in Figure 1.

After the need is identified, the group undertakes a creative phase. It not only identifies the dogmas to be overcome, but also shares information from market and environmental scans within the group and discusses and clarifies the sales strategy. Since any innovation has to be consistent with and add to the brand’s equity, these elements help create a viable new context for innovation.

During the next phase, which is still on a macro level, scenarios of how to create new value are developed. Scenario creation results in storyboards that describe customer needs and expectations. They are checked for the influence of existing dogmas and revised until they are uninhibited by the current dominant logic.

Then another creative phase begins, using well-known creativity techniques such as lotus blossom, brain-writing or TRIZ.

Finally, the ideas are synthesized, with three to four big ideas – the most attractive ones, based on the business need – being presented for immediate feedback. Typically, one idea can be acted on immediately. Others need further development. Still other, are deposited in an idea bank to be invested in at a later date.

Creating a Working Climate for Innovation

As demonstrated by Indesit’s introduction of Graffiti, an organization that innovates successfully does so because it breaks through the barrier of dogma and established norms. In general, organizations that can accomplish this have in common the following characteristics:

As these characteristics suggest and Everett M. Rogers’ research has shown, innovation is directly related to an organization’s working climate and culture. Becoming more innovative is about creating a working climate that has as many of the above characteristics as possible. To do so takes a clear vision and time – years for some organizations. The reward? The right culture for continuous innovation – and, consequently, for enduring competitive advantage. 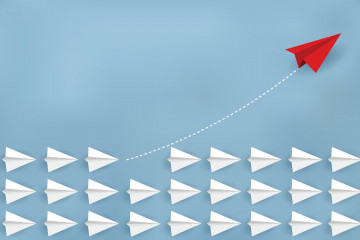 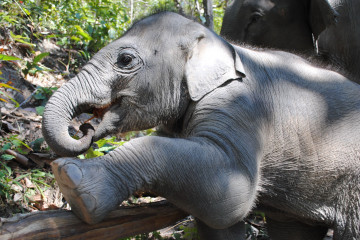 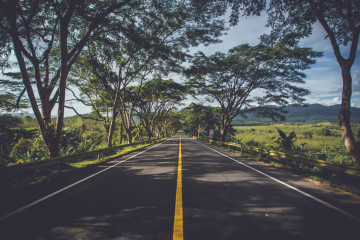