When PharmaCo (fictitious name) launched its Asset Change Control (ACC) project, the company faced a highly fragmented situation where physical asset changes were managed non-homogeneously across the manufacturing sites of one of its divisions. For instance, some sites would only include GMP equipment in the scope of change control but not utilities and facilities. At other sites the ACC’s scope covered all equipment, but would only evaluate the GMP impact and not the HSE impact. Some sites were operating fully paper-based systems; others used partially automated or self-developed IT applications.

The objectives of the project were therefore to establish a global harmonized asset change control process and to implement a global tool to support the electronic execution and management of asset changes.

Previous efforts to design and roll-out global processes had followed a strict top-down approach, which had led to a lot of resistance and, ultimately, inconsistent local implementation. The project team, therefore, decided to apply concepts and methods from the PharmaCo Operational Excellence and Change Management methodology, something guided by three questions:

A collaborative approach (See Figure 1) taps into the potential of all impacted associates while building the right capabilities to make the new process work. A truly participative approach with focus on knowledge sharing and mutual learning is more sustainable over time as employees engage into the proposed change and work together to achieve success. There is a big difference between mandating compliance to end-users versus engaging them in problem analysis and solution development. By providing employees with a stake in the outcome and developing ownership of their local site’s accomplishments, a company as a whole will benefit immensely.

The emphasis on collaboration needs to be consistently applied from project beginning. The first step on this journey was to design a global business process that would work in reality and not just in theory. Taking the collaborative approach, subject matter experts from the sites were invited to the 1st project workshop in 2011, which aimed at developing the new change control process together. The team aligned on typical process outcome problems such as incorrectly or not completed or lost change requests and long process lead times. Subsequently, they collected Voice of the Customer requirements and analyzed causes of poor change control process performance. The latter impressively demonstrated that the majority of root causes was related to knowledge and skills as well as process issues but not, as initially believed, to the lack of an electronic workflow tool.

The team also tried to establish a baseline for process capability. However, the team had to recognize that due to the fragmented situation actual process data was merely accessible. What came from the workshop and the following design phase was a basic four-step ACC process that ensured good engineering practices while being efficient and compliant at the same time (see Figure 2). The individual process elements were largely based on identified good practices from different sites; the new global process and responsibilities were established in the form of a global standard operating procedure.

Many companies have the tendency to focus on the technology aspect of the people/process/technology equation and try to develop a state-of-the-art platform that addresses all of the problems, presuming the new system will be quickly adopted and implemented. However, most technology-focused efforts fail to deliver the expected results: Developing the system often takes twice as long as planned, important business requirements are sacrificed when in a rush, and users reject the new system outright or fail to use it properly. The need for “employee engagement” is often considered too late in the process. By implementing on a robust business process first, the gaps in the organization can further be identified and closed before any system is developed, thus, the risk of creating an IT system that does not solve the real business problem is significantly reduced. Achieving compliance does not rely on a tool to be rolled out, but requires the stabilization of the current system.

Following these principles, the project team decided to implement the ACC process and ensure compliance before developing an IT solution. A second workshop was organized, this time on a regional basis in Americas, Europe and Asia. Two to three representatives from quality, engineering & HSE from each site were invited to participate as key users in this workshop. Before arriving at the workshop they had to complete a self-assessment questionnaire.

This preparation helped facilitate better understanding of the global procedure on a principle level, while also forcing the site representatives to start to think about what the gaps between global requirements and local practice were. The results from this self-assessment were also used to establish — for the first time — a real baseline for current site practices. For example, it revealed that 60 percent of the sites manage only GMP relevant systems via asset change control, only 56 percent of all sites involved subject matter experts from all disciplines in assessing the impact of changes, and overall six different tools were used.
At the process implementation workshop the key users were asked to map their current site processes in detail versus the new change control process and minimum compliance requirements from the global SOP. By doing so, the representatives created a detailed gap analysis and generated an action plan for subsequently closing those identified gaps. This tactic provided them with the opportunity to realize themselves what needed to be done rather than being told. As they presented their findings to their peers at the workshop, they learned how others were closing their gaps.

Key users from historically disconnected sites could hear directly from their peers the real differences existing between sites and realize opportunities for themselves. As mentioned earlier, some sites had more advanced ACC processes in place. Allowing key users from these sites to explain the day-to-day experiences, others were able to acquire key takeaways as quick wins for their work on site. This regional peer-to-peer support and mutual learning built the foundation for the later established best practice network.

Last but not least, all key users were equipped at this Regional Workshop with fundamental people change and influencing skills such as stakeholder mapping and elevator speech to help them successfully bring the process to their site and to manage possible resistance of their colleagues towards the new way of working.

The second workshop was followed by a six-month period during which the sites had to close the gaps by implementing at least the minimum requirements from the global process. In doing this, they obtained a certain level of autonomy as they could implement the mandated process in line with their systems. The minimum requirements clearly defined “what” needs to be done, but with the local expertise, key users controlled “how” the process would succeed. For example, one of the minimum requirements advocates that a local ACC coordinator be in place. However, it provides the sites with the flexibility to assign the best fit to the role, whether it was an engineer or a member of QA. Or, for instance, another requirement states that every change needs to be assessed by an HSE expert. However, as some sites struggled to have enough central HSE resources, they decided to train more people with HSE expertise and, thus, expanded the skill set of the overall team.

The importance always relied on acceptance of “what” needed to be done, while providing autonomy for “how” it was completed. This increased the feeling of local control and ownership dramatically. Throughout the implementation phase, the global team stayed in regular contact with the key users, assessed performance, implementation progress and adjusted based on continuous feedback loops and a two-way communication.
The result of this approach was that even prior to the go-live of an IT tool, some of the expected ACC benefits in terms of compliance to Good Manufacturing Practices (GxP) and Health, Safety and Environment (HSE) aspects of the asset lifecycle management have been realized and could be confirmed in ongoing inspections.

In parallel to the process implementation, the global project team started the design of the supporting IT tool. The company took a strategic decision to use a global change control platform to create synergies between related change control processes and to keep the IT architecture slim, benefit from a global validation and a joint system operation with no local efforts.

In order to create the IT tool, the concept to focus on collaboration with the key users was continued. User feedback to the tool was collected through different development sessions. Early involvement helped the future users to already understand the tool and to be much more willing to work with it. A “sandbox” version of the tool was made available to all key users to experience the “touch & feel” and to be able to play with it and to give feedback to the global team.

For the tool deployment, a pilot site approach was selected in order to be able to implement potential lessons learned before go-live with all other sites. During the third workshop, the final tool was presented to the key users of 5 selected pilot sites. Since this was not their first time they saw it, the focus of the workshop was on capability building instead of questioning its design. The key users were trained to become trainers for the tool for the end-users on their site. In addition, the key users worked on their entity deployment plan.

This included all relevant actions required before go-live such as updating local SOPs, defining user roles and responsibilities in the tool, and preparing master data to be uploaded into the tool. The pilot sites were given another four-month window to implement their plans. Again the global team stayed in weekly contact with them to monitor progress and to clarify any upcoming issues and questions. The involvement of the global team in local deployment preparation activities facilitated the leverage of best practices among all sites and the global business and IT owner. In this way, detailed insights and effective solutions could be easily shared for the benefit of all teams.
The ACC tool smoothly launched with only minor adjustments after two months of hyper care phase.

Based on the pilot site experience a fast-track deployment in only four months to the remaining sites was possible, which finally helped realize the full project benefits (see Figure 3). Among other results, all sites are now managing both GMP & non-GMP ACRs, interdisciplinary impact assessments and ensure the link of ACC and asset maintenance. The percentage of HSE critical changes went up from below 10 percent to greater than 50 percent, which is a significant increase in HSE compliance. Eventually, for the first time, all sites are now using the same tool to manage Asset Change Control.

With more and more corporate companies aiming at standardizing the way they work across their entities, it becomes essential to select the right approach. This approach must guarantee both:

As outlined in this article, the key success factor (see also Figure 4) for this was replacing a top-down design and deployment of a technology to fix a business process with a collaborative approach to maximize local ownership for the transformation. Those mindset changes make resounding results possible, exemplifying the insight of Einstein saying, “We can’t solve problems by using the same kind of thinking we used when we created them.” 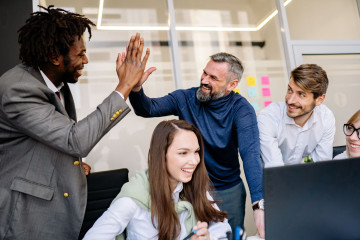 The key to building new capabilities: Learning by Winning
More and ever faster changes in the market environment, often driven by the increasing development of new technologies, require constant development of...
4 minutes
News Read 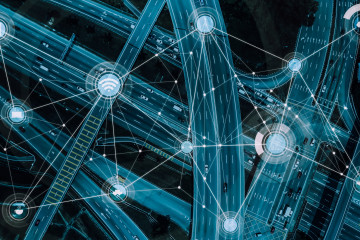 Working with Data – From Reactive to Strategic
Data is one of the key resources of any organization. The good news is, there is lots of data available, inside and outside your organization.
19 minutes
News Read
Welcome to OXYGY
We are one of the world’s largest management consultancy firms linked to an international law firm.
OXYGY was formed by Valeocon & Baseline.
Close this message